How flexible are your financial plans?

Home » Insights » How flexible are your financial plans? 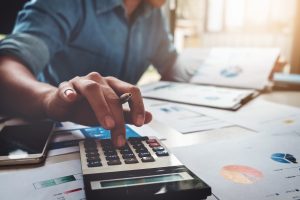 Well, the Chancellor of the Exchequer has put the nation on alert that taxes will have to rise to pay for the £190billion of support the Government has given the economy to steer it through lockdown and beyond by commissioning a review into capital gains tax. Although nothing may come of the work, designed to ‘ensure the system is fit for purpose’, the report is due to be completed before the Autumn Budget, providing the opportunity for any recommended changes to be included. Some experts believe the tax represents low-hanging fruit for the Chancellor, given that it is levied at rates lower than those applied to income.  The Conservative General Election manifesto included the following promises, no raising of rates in income tax, national insurance or VAT – it seems unlikely that the Chancellor will incur the wrath of Tory supporters by going down this route. However, he has mentioned the need for a ‘sensible conversation’ on taxation suggests other taxes will be targeted instead – which leads us back to capital gains tax.

What CGT changes could mean

Rishi Sunak’s brief to the Government’s tax gurus includes looking at whether the levy on asset sales is ‘fit for purpose’, ways it can ‘distort behaviour’ and the current regime of allowances, exemptions and reliefs. That all translates as ‘tax grab’, so what might it mean for people’s wealth held in investments, property and other assets that are – and currently aren’t – subject to capital gains tax?

Aligning CGT and income tax: Gains from investments and dividends, and property aside from people’s own homes, are taxed differently from earned income for the reason given above. Labour proposed bringing CGT into line with income tax rates, which would mean big hikes for higher earners and smaller increases for basic rate taxpayers, in its 2019 election manifesto. And last year, influential think-tank the Institute for Public Policy Research also suggested CGT on people’s wealth tied up in assets like investments, second homes and buy-to-lets should be hiked to income tax levels.

Changing ‘main residence’ relief: The OTS is bound to look at this, but hitting people selling their own homes with CGT would spark a storm of opposition. It would also run counter to government efforts to get the property market moving again by cutting stamp duty.

End the ‘uplift’: The OTS already recommended getting rid of this in a review of inheritance tax, so it will probably take another look at this issue. The ‘uplift’ means someone inheriting an asset is treated as acquiring it at its market value on the date of death, rather than the amount it was bought for. This means the beneficiary can sell it shortly after the death without paying CGT.

Abolish exempt allowance: Labour wanted to slash the annual exempt CGT allowance, which is currently £12,300, to £1,000, if it had won the last election. The IPPR also favoured this move.

Axe other reliefs and exemptions: Many capital gains lie outside the current system, such as winnings from gambling – including lotteries – and wine and car investments. The OTS might find little justification for keeping such exemptions. Meanwhile, ‘exemption at death’ encourages people to hold assets for life to allow beneficiaries to avoid CGT, although they may still be liable for inheritance tax. ‘Entrepreneurs’ relief’ for assets relating to businesses – aimed at encouraging entrepreneurship – means gains are taxed at a lower 10 per cent.  Now renamed business asset disposal relief, the applicable lifetime gain was already cut from £10million to £1million, but it could be reformed again or abolished.

Our expert advisors understand the importance of securing your current and long-term financial wellbeing. For a full financial review, please contact our dedicated team on 0117 450 6773 or email contactus@brunelwealth.co.uk today.